When you take a bath the dirt, body oil, and hair washed away in the water disappears down the drain. But you don’t drain your spa after each use so what happens to all of that dirt and grime that washes off in your spa? Your filtier separates the debris from the water, trapping dirt, hair, and other small particles in its coarse fibers as the pump pulls the water through the filter fabric and into the core. And you may not immediately associate low jet pressure and increased chemical use with a dirty filter, but skip the filter maintenance and the accumulated gunk and grime restricts water flow throughout your entire spa, making filtration less effective and providing the perfect environment for bacteria to blossom.
CopPURE filters do more than just keep your water clear. They destroy the bacteria trapped inside with our proprietary blend of antimicrobial filter fabric with copper’s natural antimicrobail properties, to contain and eliminate bacteria, algae, mold, mildew, and odors in your filter – and your water – keeping the filter cleaner, for longer, with fewer chemicals and less maintenance .

Silver in medicine dates back thousands of years and modern science still recognizes its powerful germ fighting properties. Silver spoons weren’t a sign of  someone’s wealth, they became popular when people realized that babies fed with silver spoons were healthier. Today, hospitals use silver ointments and bandages to heal burn wounds fight bacterial infections. Unlike pharmaceutical antibiotics, beneficial enzymes remain intact, the body doesn’t develop resistance, and don’t interfere with other medications. Silver ions fracture the membrane of bacteria, fungi, viruses and other single-cell pathogens, preventing even the most basic functions. Even in death, silver retains its germ-killing potency. As bacteria dies, it soaks up silver like a sponge. After it’s dead, it disperses that silver into its surroundings where it’s soaked up by living bacteria, continuing the cycle of absorption and disbursement. Nature2 simplifies care and makes water more comfortable. It doesn’t replace chemicals. It replaces the need to add some chemicals by putting them with the chemicals inside the cartridge. Used as directed, Nature2 will maintain your water to the same standard as drinking water but tap water only needs enough sanitizer to make it safe to drink. The water in your spa has to have enough sanitizer to kill bacteria and germs so it’s safe for people soaking in the same water.

Ancient Egyptians used the same symbol to represent copper and Eternal Life. Thousands of years before bacteria was discovered, ancient civilizations stored their water in large copper vessels, which unlike their wooden predecessors didn’t develop a slimy surface. It’s as if they already understood what modern science supports today – that contact with copper’s surface deters the growth, spread, and reproduction of bacteria, fungi, algae, and other microbes. In its solid state copper is harmless, readily available, strong, malleable, and retains its antimicrobial properties after the manufacturing process.
In 2012, scientists attempted to debunk the claim that copper workers had been immune to cholera during the 1832 outbreak in Paris. Instead, they discovered cholera in their infected water sample couldn’t be detected after 16 hours in a copper vessel. In 2017 the Environmental Protection Agency registered Copper as the only natural metal with properties to kill harmful microbes. 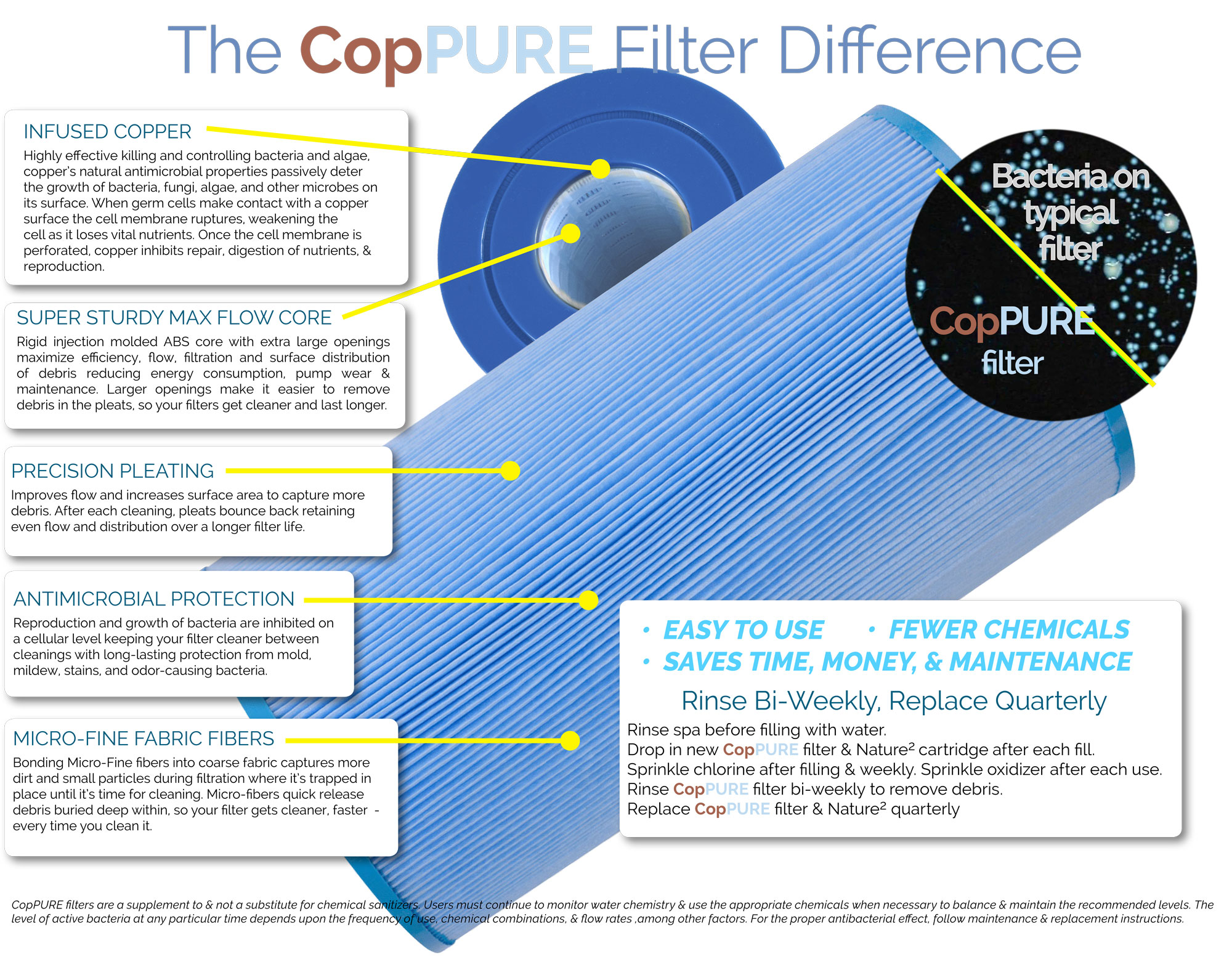